Ireland’s largest anti-racism campaign has been launched across the public transport network today (Wednesday 22nd April 2015) with the support of the Immigrant Council of Ireland, the National Transport Authority and transport providers.

Over 2,000 posters and an extensive social media campaign will be used to get the message out to report racism wherever it occurs.

The Immigrant Council of Ireland says it is an important opportunity to make people aware that they have nothing to fear in coming forward to report racism and to end complacency.

A similar campaign in the Greater Dublin area last year led to a 51% increase  in reports of racism – this year posters will be placed in every county.

Speaking at the launch of the campaign Brian Killoran, Chief Executive of the Immigrant Council added:

“This is an unprecedented national awareness campaign to get the message out that there is no acceptable level of racism.

Through the use of posters on buses, trains and trams as well as at the busiest stations in the country we will be telling people who witness or experience racism to come forward and report it.

They can be assured that reports will be taken seriously and victims offered support.

Last year a similar campaign in the Greater Dublin Area saw 217 reports. We recorded incidents which took place in the workplace, at home or in the local community or when using public services, they ranged from verbal abuse and physical assault to acts of vandalism and graffiti.

Now through the public transport network we are getting our anti-racism message out nationwide. Our partners have taken a lead on this issue which is to be applauded and have set an example for other sectors to follow if we are to remove racism from our country.”

“This awareness campaign sends out the strongest possible message to passengers and staff that ‘There is no room on board for racism’.

We have developed a strong relationship with the Immigrant Council of Ireland which has led to improved training and reporting systems in our transport firms. This campaign will focus on getting the message out to the wider community and increase awareness.

With 695,000 passenger journeys completed each weekday* more people than ever will be getting the message that if they see or experience racism they can come forward in confidence and report it.” 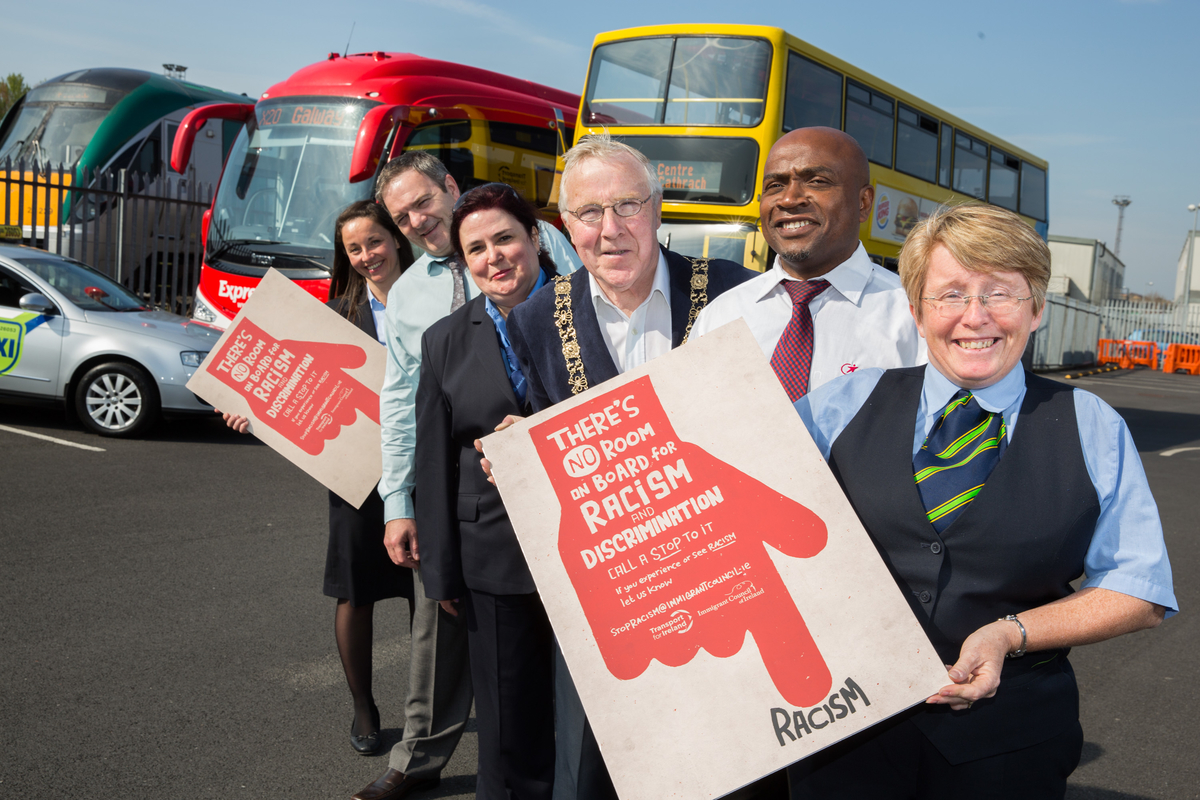