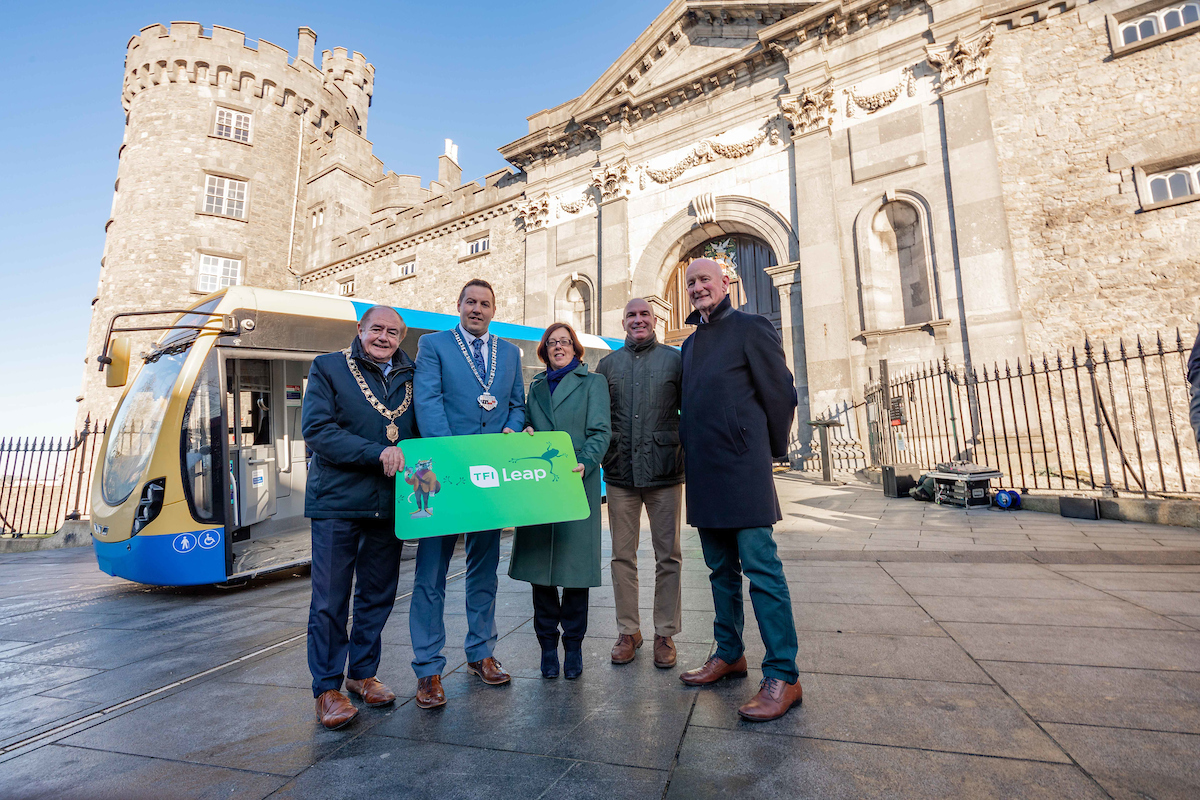 The two routes, operated by City Direct and fully funded by the NTA, have seen a volume of nearly 10,000 passengers since the service first began on 18 December 2019, and has received a hugely positive reaction among residents.

With the introduction of Kilkenny’s first urban-style bus route, commuters, students, families, visitors and the elderly are now able to avail of a transport option that covers the entirety of the city centre over the course of 64 stops in total. Routes KK1 and KK2 also provide Kilkenny residents with an environmentally-friendly alternative to personal car use.

Anne Graham, Chief Executive Officer of the NTA, spoke at the launch today and said:

“The NTA is delighted to officially launch routes KK1 and KK2 here in Kilkenny in partnership with City Direct and Kilkenny County Council.

As the city of Kilkenny grows in size and scale, so should its connectivity. Routes KK1 and KK2 are now providing reliable, accessible public transport services for Kilkenny residents, and the routes have the potential to grow and develop as passenger numbers increase and as members of the local community respond positively, which they have done over the last month.

I am proud to represent the NTA today here in Kilkenny, and I look forward to the improvements these routes will bring for citizens and visitors of the city.”

“I have great pleasure in welcoming everyone here today to the official launch new Kilkenny City Bus Service.

The Council have worked in close partnership with the National Transport Authority over the past number of years and will continue to provide advice and support for this service to ensure its success.

Feedback from bus drivers on the service to date has been very positive.  This is very welcome as the bus drivers are fundamental to the success of the scheme, and are effectively ambassadors for our City.”

The routes through the city centre, serving Parliament Street, Market Yard, and John Street Upper. Each route operates every 30 minutes Monday to Saturday. Services on Sunday operate by the hour, with services every half hour during the core part of the day. Late night services operate on Friday and Saturday nights.

For the first three months of operation, a promotional TFI Leap fare of €1 is in place and passengers are encouraged to visit the pop-up shop at 76/77 John Street to acquire their own TFI Leap card. Maps and passenger information will be distributed locally, and timetables will be available on our website and the TFI Journey Planner.