Station will serve new and existing communities, with a journey time of just 12mins to the city centre.

Chief Executive of the National Transport Authority, Anne Graham and Chief Executive of Iarnród Éireann Jim Meade were joined by the newly elected Lord Mayor of Dublin, Tom Brabazon today to mark the commencement of construction of Pelletstown Station in West Dublin.

The newest station on the Iarnród Éireann network is situated between Ashtown and Broombridge stations and will serve the existing community of Ashington as well as the new community at Royal Canal Park, with a journey time of just 12mins to the city centre. This is the first new station to open on the Iarnród Éireann network since Oranmore opened in 2013, and will be the 145th station on the network in total.

The Station will comprise of two platforms, a footbridge and accessible ramp access between platforms and to the railway, as well as a second footbridge and accessible ramp over the canal. It will promote greater public transport options for residents in the area, reducing reliance on the private car and giving a more sustainable commuting option for the community. The footbridges will improve connectivity between the two communities of Ashington and Royal Canal Park and will also provide a new pedestrian and cycle access to the Canal Greenway, promoting multi modal transport.

It is envisaged that the station will open in summer 2021 and will be served by Maynooth and M3 Parkway services. The Maynooth line will benefit from major investment under the DART Expansion Programme, detailed design of which is now under way. As part of DART Expansion, the procurement process for 600 carriages has already commenced, with the first of the carriages expected to be delivered in 2024.

The new station will comprise of two platforms of 174m in length and 3m in width. Tactile paving will be provided for the mobility and sensory impaired, lighting, ticket vending machine, CCTV, public information systems and platform furniture will also be provided. The station will be fully self-service. The Station footbridge will be constructed from pre-cast concrete and the Canal footbridge will be made of steel. Both bridges will also include ramps for the mobility impaired and those travelling with small children and heavy luggage. Bicycle parking will be provided, as well as dedicated accessible car park spaces, adjacent to Ashington Park.

“I am delighted to be here to today to mark the start of construction of Pelletstown Station. As a railway operator, it is our goal to serve as much of the community as possible and we look forward to serving the communities of Ashington and Grand Canal Park for many generations to come.”

“The construction of Pelletstown Station is among the measures provided for in the NTA’s Transport Strategy for the Greater Dublin Area, and the commencement of construction is a very positive development. This station will be particularly useful for communities of Ashington and Royal Canal Park and will provide residents of this up-and-coming area with a much-needed public transport option that allows them to make sustainable transport choices.” 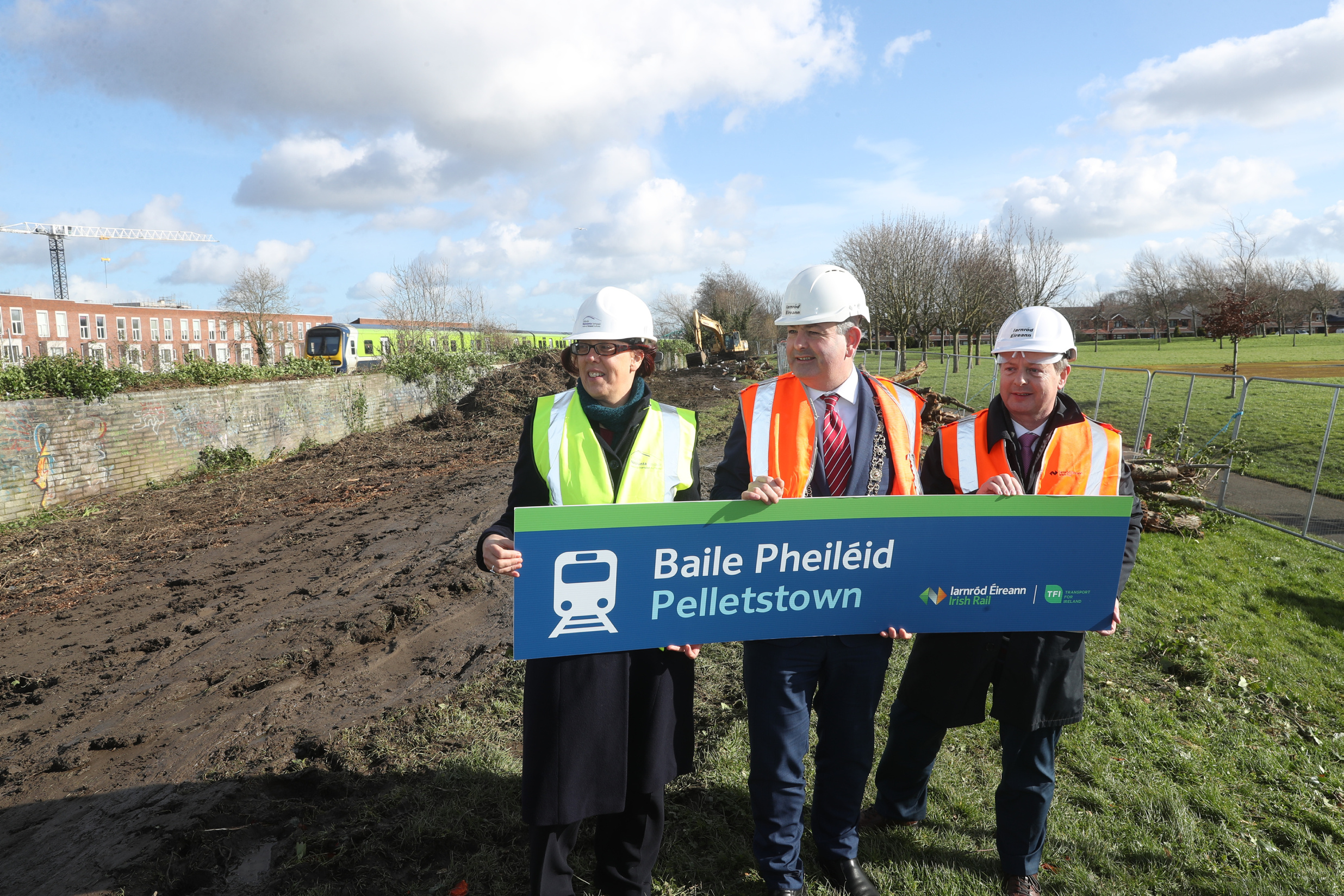