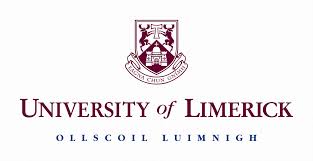 The University of Limerick are an active Smarter Travel Campus Partner Campus and engage in a number of initiatives during the year to promote smarter travel. Students in the University of Limerick joined Smarter Travel Campus for the inaugural student walking challenge, Marchathon in March 2014.  183 students took part and the event was so successful and well received in UL that their Smarter Travel team on campus decided to run a commute challenge for students shortly after Marchathon finished.

The Change Lanes Challenge was developed by the Smarter Travel team in the University of Limerick and the Challenge Coordinator in Smarter Travel Campus. The aim of the Change Lanes Challenge was to encourage students and staff to choose an alternative to single occupancy driving and to “change” to walking, cycling, taking the bus or car-sharing for a week. The inaugural challenge was also open to staff and students who already travel sustainably. The Change Lanes Challenge was run in conjunction with UL Green Week; an existing annual event which is organised by the UL Environmental Committee and UL Green Campus Committee. To participate in the Challenge, a team of three selected their captain who signed up on behalf of the team via an online link. During the course of the week each team captain submitted a daily log of each team member’s completed journeys online. The web links were created by the NTA Smarter Travel Campus team and were passed on to team captains during the week by the UL coordinators. Staff and students who successfully committed to smarter travel for the week were entered into a prize draw. Other spot prize competitions based around the challenge occurred during the week. Evaluation of the challenge found significant changes in favour of smarter modes of transport.

University of Limerick’s efforts to increase the number of staff and students cycling to the campus was recognised in the Smarter Travel Awards in 2017 when they won the Cycling award. University of Limerick ran many campaigns, provided practical support such as cycle training, free towels, distribution of repair kits and fleet bikes to help staff and students get and stay on the bike. You can find a full list of their actions here.

The same enthusiasm was applied to improving walking numbers. They engaged in step challenges, group walks and walking safety giveaways. You can read about their full list of actions here.