The NTA, in collaboration with the Department of Transport and Active Travel teams in Limerick City and County Council and Dún Laoghaire-Rathdown County Council, is beginning a pilot scheme of a new type of zebra crossing.

The pilot will see 8 new crossings installed, 5 in Limerick and 3 in Dún Laoghaire-Rathdown, without flashing orange Belisha Beacon lights. Instead, the new zebra crossings will include fixed signs that will alert motorists to the crossing.

It is anticipated that by facilitating crossings in legislation without a requirement for beacons, which will provide for the right of way for pedestrians to cross, it will allow Road Authorities to increase the number of crossing points and assist with active travel and pedestrian safety in urban areas where Speed Limits are 50km/h or less.

Anne Graham, CEO of the National Transport Authority said: “Working with our partners in the local authorities, the NTA is looking for innovative ways to roll out new infrastructure that will make it safer for pedestrians. Based on the findings of the pilot, we could see more of these easier to install zebra crossings appearing on roads nationwide“.

Joe Seymour, Head of Active Travel Investment at the National Transport Authority said: “This type of zebra crossing is much cheaper to implement and will have far less ongoing maintenance costs. There is also the benefit of no longer requiring any electric power as there are no flashing beacons. As a result, they can be delivered in a more timely manner”.

The pilot is expected to run for 9 months. While it is not expected to eliminate the use of Belisha Beacons, this pilot will provide the information to inform a decision to omit or replace them with a fixed sign, in certain situations.

In most pilot location cases the Belisha Beacons will be replaced with a fixed sign.

Two options will be used as shown below; 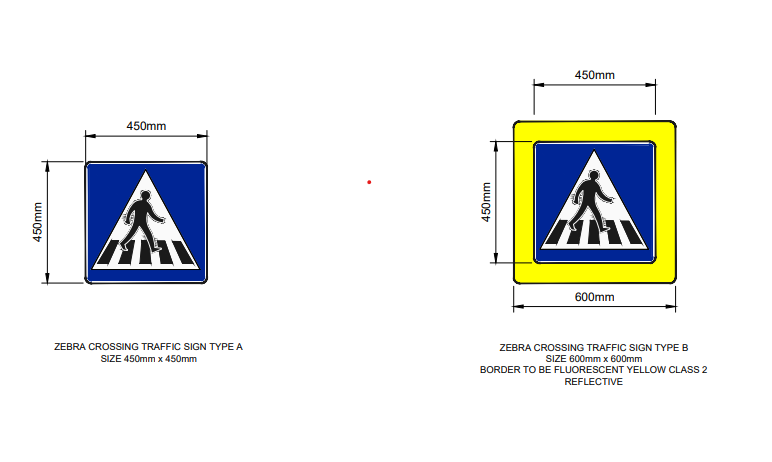 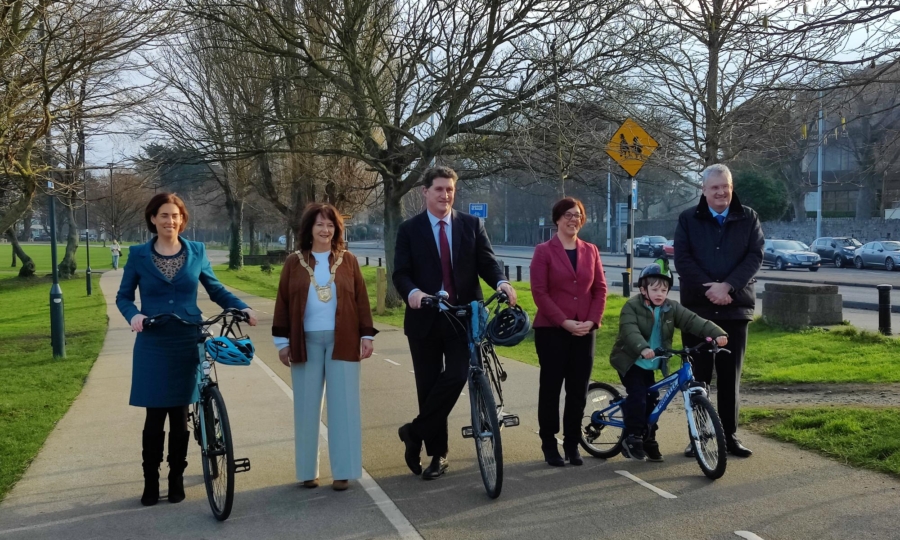 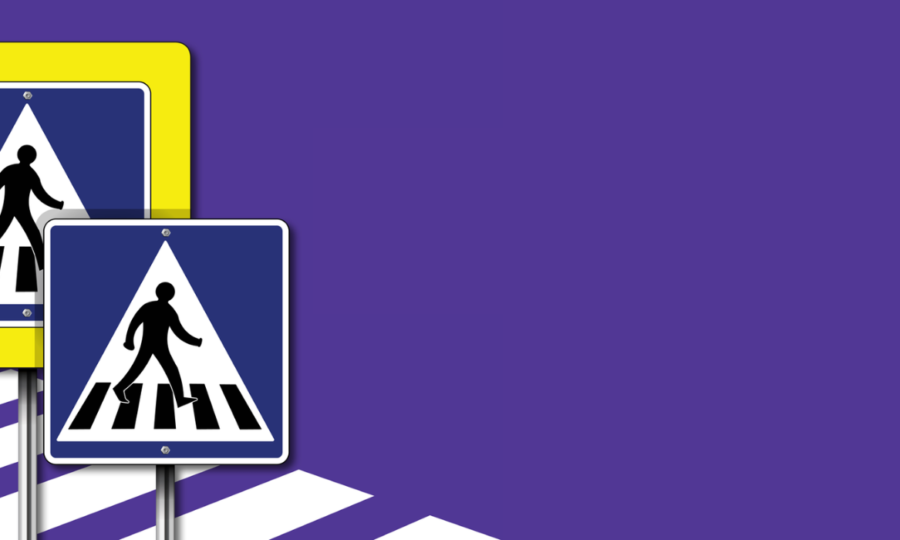